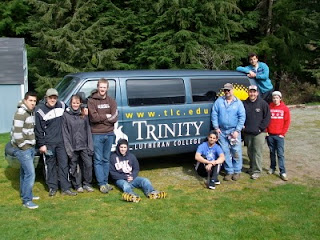 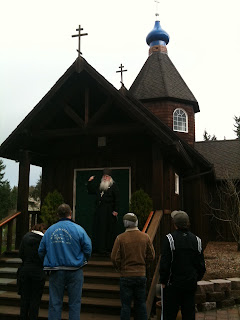 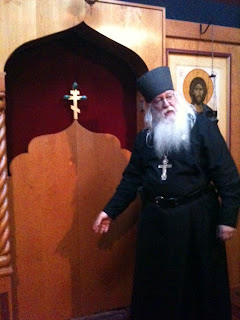 But something about the way this Russian Orthodox monk articulated his understanding of eternity is compelling to me. In some ways it is universalist in that everyone gets to spend eternity with God.  It seems to me that a good God who created all that is and is bringing all creation into wholeness would want that. And yet, it's not as if our lives and our choices don't matter.  To live as a Christian is to be preparing for eternity, to be little by little acclimating to standing in God's presence so that when that day finally arrives we aren't plowed under by the experience. And meanwhile, we are inviting and walking with others who are making this journey as well—helping one another see light in the darkness and encounter God in the midst of our own messy existence.  Coming into God's presence is only hellish if you've been so inwardly focused—so accustomed to darkness—that the pure light overwhelms you.  It also helps reconcile what I understand Jesus to be talking about when he goes on and on about the Kingdom of God.  The Kingdom of God, Jesus says, is not just pie in the sky when you die (I'm paraphrasing) but is breaking in to the world here and now—and if we pay attention we can participate in it.  If the life of a Christian is a process of growing more and more accustomed to standing in God's presence, doesn't it make sense that along the way Earth begins to look more and more like Heaven?
It seems to me that the way we experience life has a lot to do with our own perspective and what we bring to the whole thing. What if after-life is the same?
Posted by Pastor Erik at 3:32 PM 4 comments: